Veterans and their families serving in a new capacity: Public office

Veterans and their families serving in a new capacity: Public office

The current political and social climate has kept some of our best and brightest leaders from wanting to serve in public office. So, now more than ever, veterans and their spouses should consider serving in new leadership roles once again.

Whether at the local or national level, a minority of vocal partisans control public and private discourse. They demand purity tests—and “compromise” is a dirty word. Party loyalty has become more important than the greater good. As a result, people are afraid to speak up and offer unique ideas and solutions, let alone run for public office.

The toxic atmosphere can be overwhelming and even depressing, yet we can control what we do and say in our own circles. Though refraining from petty exchanges, justified with the all too common, “tu quoque” logical fallacy (whataboutisms), seems impossible, a little self-restraint goes a long way.

Also, stating the obvious, if we are pining for something better, there are productive ways of affecting change if we believe our ideals and values are that important. The unusual and remarkable thing about living in a representative republic are democratic solutions can lead to change—including the constitutional right for almost any citizen to vote or hold public office.

Some clamor for mandatory term limits, however, holding elections every couple of years, is the automatic chance for voters to change or support their representative or even run for office themselves. 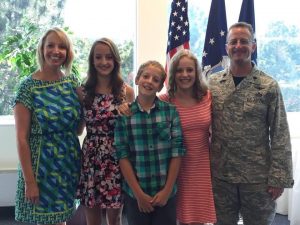 Retired Airforce Lt. Col. Richard and Nicki Cimino with their children in DC.

Part of the problem may lie in finding someone who is willing to represent their constituents during this period of turmoil. But I believe one of our hopes for sound leadership lies within the military community. Here are several reasons why:

It goes without saying, not all veterans and their military families have the attributes needed for successful leadership, and plenty have and will struggle to live up to the ideals and values consistent with the military oaths taken when enlisting or when commissioned. However, the culture and work ethic surrounding the military community is set at a higher standard than civilian organizations, and many strive to achieve that standard.

Though statistically in the 2018 elections there was an increase in the number of vets elected, overall, according to the Pew Research Center there has been a continual decrease: “Between 1965 and 1975, at least 70% of lawmakers in each legislative chamber had military experience. The share of members with military experience peaked at 75% in 1967 for the House and at 81% in 1975 for the Senate.” And as of 2020, only about 17% of Congress have any military service and experts do not think that will change any time soon.

With Congress having the constitutional authority to raise and maintain a military, as well as declare war, it is important for those with experience in combat zones or in direct support, to be involved in this process. Because unfortunately, Congress has not always taken this responsibility seriously.

Regardless of what party they represent, the lack of veterans in public office is concerning. When military families are tired of the constant strain of war, and are struggling with issues involving health care, education, and jobs after leaving the service, we need vets and military spouses in public office, regardless of party affiliation.

A vet serving in local office 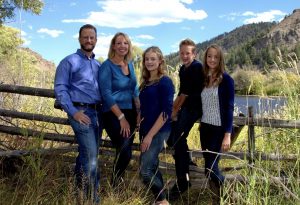 The Cimino Family settled in their new home in Winter Park, Col.

It is important to note, veterans’ skills and experiences translate just as well to local office as to the congressional level and when dealing with national security issues. Therefore, I want to share an interview with a friend’s husband. He is a vet holding office in Colorado and his answers give insight on what to expect when serving at a county level.

And as with military service, any capacity when serving the public requires partnership and family support for the individual holding office. I know Nicki is just as critical in her husband, Rich’s, role in public office, especially dealing with the trauma of the current pandemic and wildfires in the area they live in and represent.

-Why did you decide to get involved in politics and public office?

After 21 years in the Air Force, I was eager to have an active life in a small Colorado mountain ski town. My family moved to Winter Park Colorado where my wife grew up. I joined the Lion’s club, Rotary, and started two businesses. I had no plans to run for elected office, but an unfortunate situation occurred that got my attention. Our County Commissioner resigned, and there was a long history of issues with our County Government. I thought, “Do you want to do this—run for County Commissioner?” I decided yes and declared my candidacy. 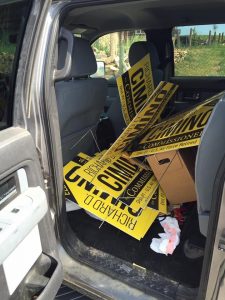 It was a crowded field! There were three candidates vying for the Republican nomination in the primary election, and two for the Democrat nomination. That was overwhelming for a rural county, population 15,000 that usually had one person running for office.

One challenge for former military people is how to get known and gain credibility as a “local.” When we spend a career moving every two to three years, it is difficult to compete with candidates who have lived in your district their whole lives. In towns across America, everybody knows everybody and when a military retiree moves to town, it takes effort to get known.

I won the Republican primary by 3% and general election by 10%. Both times my opponents were well-known locals. I had to work hard to get my name out there. I participated in eight debates and walked in five parades. It was fun, but admit I was relieved when it was over.

I am now up for reelection four years later. Because of COVID there have not been parades. The community organized one debate and it took place over Zoom. Only 18 people watched. I’m fortunate my first election was in 2016…with COVID, it would have been much harder to gain name recognition. 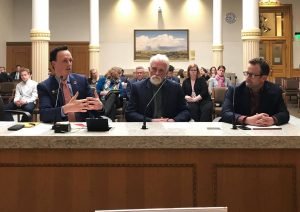 My most significant accomplishment was working with the Colorado State Legislature and Division of Insurance to cut health insurance premiums in half in Grand County! When I took office, Grand County had the most expensive health insurance in the State. I helped draft legislation for a statewide reinsurance program. I also helped Grand County join a new purchasing alliance that negotiated lower rates for health care services from our hospital and local doctors. Just this month the Governor of Colorado appointed me to a 9-member board with the mission of reducing health insurance costs further statewide.

Military veterans bring such a wealth of knowledge and experience to local government. In the same way we have a challenge appealing to long term locals, we also bring innovative ideas and examples of how to manage towns and counties that long-term locals don’t have.

When stationed in 10 different states and several countries over a military career, you have seen different public transit systems, different approaches to public health, and different ways to police. Communities help themselves grow smartly when they elect military veterans. We bring more to the table and help build solutions.

*Richard D. Cimino is the County Commissioner in Grand County Colorado and can be reached at: richcimino@gmail.com or (970) 531-8812.