The importance of travel

The importance of travel

I stepped through tall grasses and cattails as I made my way through the marshland. Hermit crabs poked out of bubbling caverns. The crustaceans scurried over my feet while clasping at the air with their pincers. Harmless and cute, I thought and picked one up by its shell. My three boys were wandering in front of me. I dared them to hold one, but they ran towards their dad, Eric, further down the path. The morning sun was rising, causing heat to mingle with the mist blowing off the ocean. My jeans stuck to my legs, so I gave up the chase. For the rest of the way, I sauntered through the bog to where the boys were digging for other signs of life in the muck. Grains of sand and salt from the Atlantic whipped into my hair and eyes, so I put on my straw hat to better observe them.

All three had taken off their shirts. They looked like they had gotten wet and rolled in the sand, doing what Eric called a “sugar cookie.” I kept a safe distance, took off my sock and shoes, plopped on the beach, and dug my toes through the shell-strewn shore. Even though it was mid-morning, I laid down with my hat cupped behind my head. Eric was standing behind us. I knew he was there without looking. I pulled hat’s rim over my eyes, letting myself drift away to the sound of the boys laughing in unison with the waves.

Later that afternoon we decided to stroll through the alleys of Charleston. Eighteenth and nineteenth century buildings painted in pastels stood on either side of the cobblestone roads. Flower boxes hung from windows and tucked between brick walls were small gardens. Most of the yards were closed off, but we stumbled upon a church courtyard with its gate ajar. The boys pushed it opened and began hopping on stones circling a small pond with a fountain. Azaleas hummed with bees while Magnolias provided relief from the heat. Gravestones and cherubs made of marble stood watching us. I began reading engravings to the kids, but grumblings of hunger ended our tour. I led them out of the garden and onto the colonial era street where Eric was waiting.

We took our time walking. Pink and white pedals fell like a warm snowfall as we passed under the fruit trees lining the boulevard. A few blocks later I noticed a two-story brick building with a stucco front. Chunks of concrete were missing. Written on the façade were the words, “Old Slave Mart Museum.” Arched windows held paned glass. Sunlight coming through the palmetto trees in front of the building made it look like spider webs covered each window. The entrance was arched too, but an iron gate standing in front indicated the building, once used to auction humans, was closed.

I knew centuries ago Charleston played a central role in the transatlantic slave trade before the American Revolution. And after U.S. federal law ended the trans-Atlantic slave trade in 1808 the city had then become the epicenter of interstate slave trade with tens of thousands of enslaved Africans brought to the port town to support the sugar and tobacco plantations of the south. However, the city’s government decided to ban slave auctions in public places in 1856 and so the complex in front of me was built for buying and selling African men, women, and children in private auctions.

The tunnel leading into the gallery was about ten feet in height and width. And even in the mid-day sun, the doorway was dark. White edging emphasized the hollow corridor. I realized the boys were quiet, so I explained what the building was once used for. They did not say anything as we continued down the lopsided road. But my thoughts were deafening: Why did the city ban the public selling of slaves at a time in which slavery was expanding? I decided I knew why—It was because people knew enslaving humans was grotesque, and they wanted the practice kept out of sight. 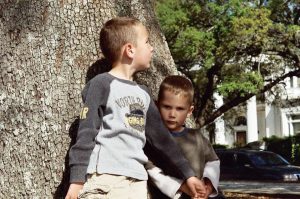 When reaching the wharf, the kids explored the Civil War battery dotting the waterfront. Eric and I let them climb the cannons as they pretended to catch the enemy by surprise before we then circled back to the city’s marketplace. The square bustled with vendors selling artwork and produce. Known as the slaves’ market centuries ago, the enslaved people at the time could use the location to sell their own crafts and produce. Puzzled by the city’s contradictory history, I stopped at a tent to observe women weaving sweet grass. They held straw from one end with their teeth, while their gnarled hands plaited the other ends of the yellow strands into baskets. A couple older ladies smiled at me. With grass still between their teeth, they started talking to me. I couldn’t understand but recognized they were speaking Gullah; a mix of languages derived from West Africa. Eric touched my elbow and I turned to see him mouth, “hungry boys.”

We made our way out of the tent to the brick shops running alongside the square. We stopped at a bakery to buy baguettes before heading to another store selling crab. I tried not to think of the cute creatures running through the wetlands that morning and bought enough for half a dozen sandwiches. After then purchasing sweet tea we made our way through the streets that petered into the dirt path that took us through the swamp and to our cabin for the evening.

Later, after putting the kids to bed, I joined Eric on the cabin porch. We sat in rocking chairs watching the heavens stream through the marsh. This is why Charleston is nicknamed, “The Holy City,” I thought to myself. The skyline of church steeples set against the coastline was emblematic of a congregation of diverse religions in the city’s streets I witnessed earlier in the day. Crimson streaks shot across the sky and bled into the low-lying swamps filled with sweet grass, as my thoughts turned to the women speaking Gullah in the market weaving baskets in the tradition of their ancestors held in bondage.

The streets, painted in rainbows of pastels and blossoms, had also revealed a disturbing and complex history on full display alongside the architectural and natural beauty. But when thinking of other cities visited and lived in as an Army wife, similar dynamics existed. Past and current human travesties are found in all societal and cultural constructs, even if less obvious—Charleston was just a more vivid example of these contrasts.

As a military spouse and parent, I think it is important to travel, exposing ourselves and our children to the physical remains of the past that define our current condition. But remembering what my mother said in a recent conversation… we do not have to visit foreign, faraway places to experience the human condition across cultures—We just need to get out of our comfort zones, visiting our own neighborhoods and surrounding communities. The act of getting out of our immediate bubble is instrumental in educating ourselves and future generations, so we don’t repeat the same horrors. 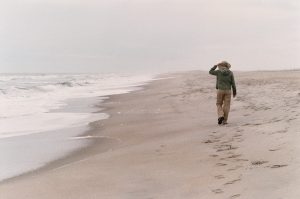 Me, an Army wife, on the beaches of Charleston: Once the epicenter of slave trade in North America

And along with this experiential learning—seeing the stone slave mart and watching my kids climb the heavy artillery, we should understand the significance and necessity of people willing to fight and die to stop atrocities. Because knowing history and basic psychology, there will always be a need. And having lived my entire adult life as an Army wife, my hope is we don’t take our comforts and liberties, and those that defend our freedoms, for granted. 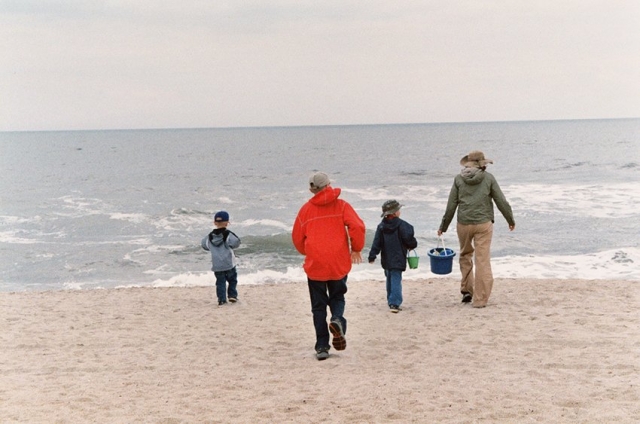 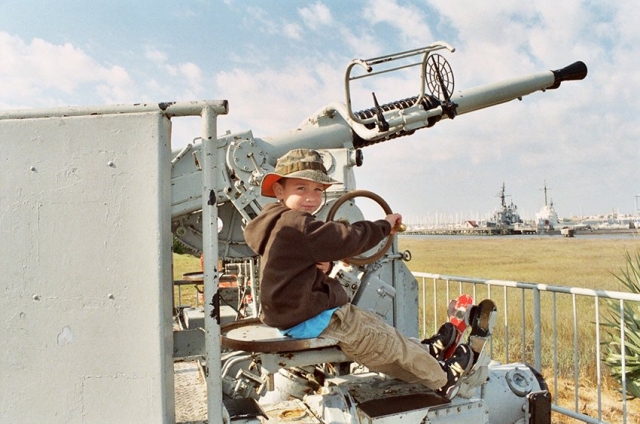 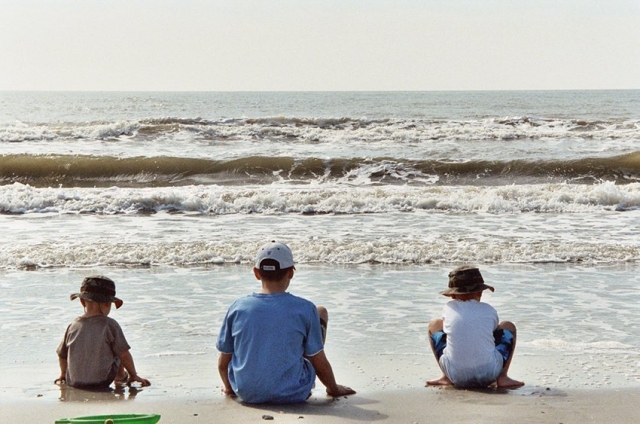 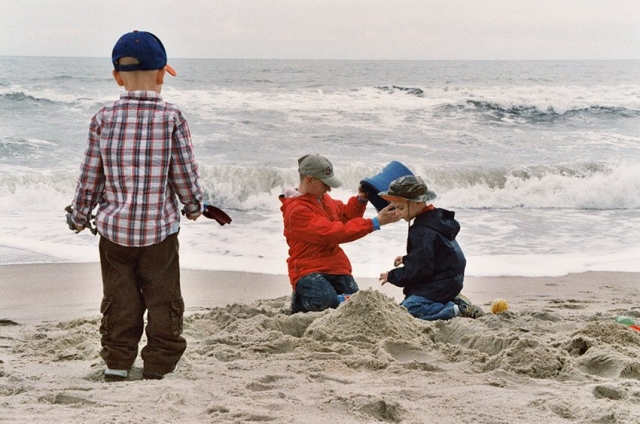 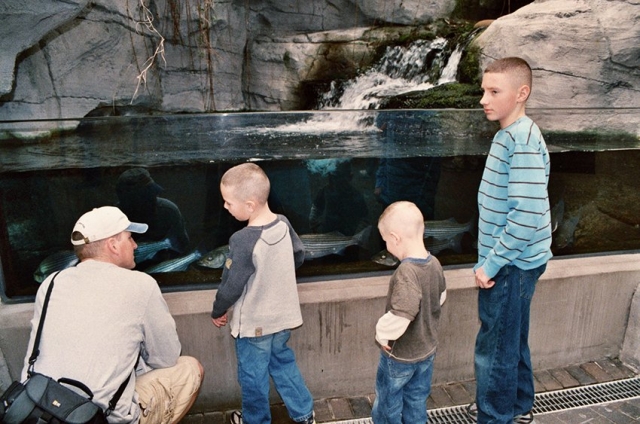 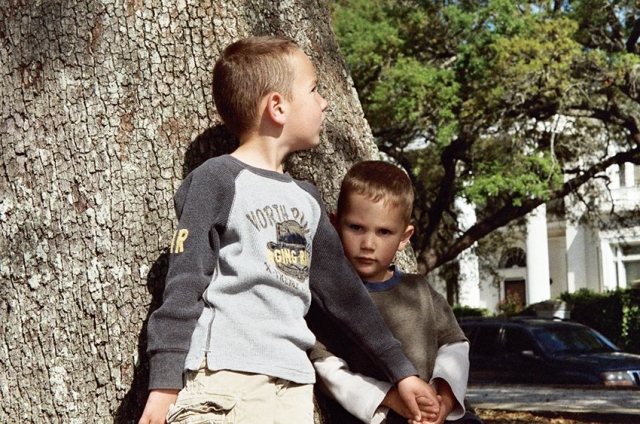 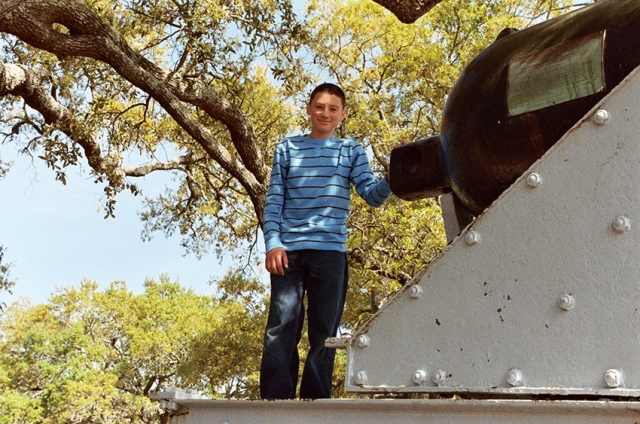 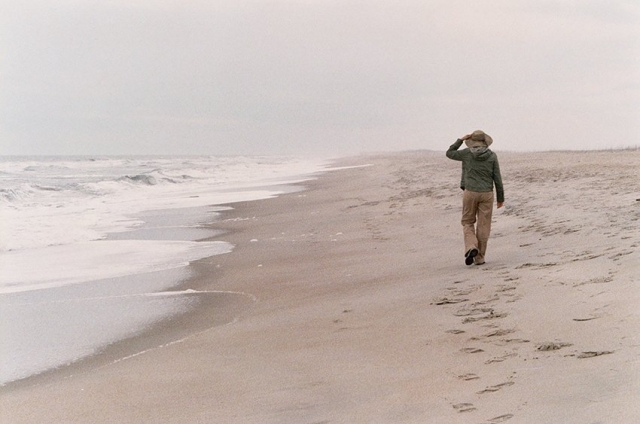