The dandelion: A narrative about Danny

A narrative about Danny 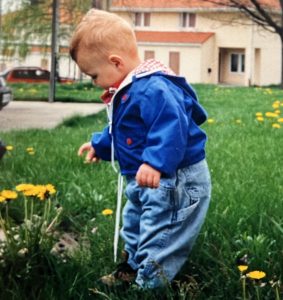 The flower with scores of bright yellow pedals is a member of the daisy family. But because its seeds spread easily by way of its gray fluff—carried off on the wind or blown by some small child—the dandelion offends modern sensibilities.

Dandelions cause no threat, ecologically or economically. So why are they the bane for many, especially in suburban America, and to gardeners and golfers, and the like? This doesn’t make sense in the 21st century when society is supposed to be woke to environmental causes and healthy living.

Beauty is in the eye of the beholder too, but the scentless golden balls dotting the landscape are not only hardy but offer numerous health and medicinal benefits.

Botanists even consider them an herb.

Dandelions are so exceptional; they are also the official flower of the military child:

“Taraxacum officinale—the military child is a dandelion. The plant puts down roots anywhere, and it’s almost impossible to destroy. It’s an unpretentious plant, yet good looking—a survivor in a broad range of climates. Military children bloom everywhere the wind carries them. They are hardy and upright. Their roots are strong, cultivated deeply in the culture of the military, planted swiftly and surely. They are ready to fly in the breezes that take them to new adventures, new lands, and new friends.”

The author of this quote is unknown, but I can picture a room full of Army spouses, meeting over several weeks, in their small government quarters before the current distractions of over-scheduled kids and lives, and the internet.

I can visualize these spouses brainstorming over coffee or wine, depending on the time of day. A room full of women and an occasional young man from all backgrounds talking about what it means to be a military kid. The choice of a dandelion with the corresponding theme that would eventually become the official definition of all military children, with the proclamation distributed amongst other coffee groups throughout Europe and the U.S. before the internet age. 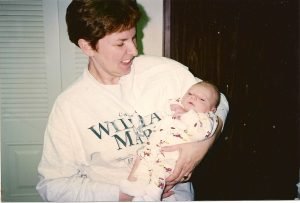 Our own first Army baby was born at Ft. Benning, Georgia, “Home of the Infantry.” My mother-in-law, Gaynor was there. I think it was the same evening she arrived that my labor began, fast and strong. I sat on the bed while she helped me dress, putting on my socks and shoes while Eric warmed the car, ready to drive me to Martin Army Community Hospital.

About three hours later, on a crisp, sunny morning, just a couple of days before Thanksgiving, Daniel Edward arrived too quickly for me to complain much about not having any medicine to ease the labor pain. That afternoon, I was walking around… and sent home less than 24 hours later. Gaynor took care of us that week, including making the extra special Thanksgiving meal. 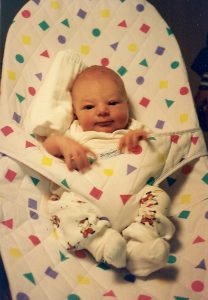 Those first days was nothing like I expected. Frankly, I did not know what to expect, even reading all those books. A squished head and nose, with strawberry blond curls, Danny studied me with his dark blue eyes.

The immediate and overwhelming sense of falling in love with a little being even after days without sleep, the aches of labor and nursing, and the monotony of caring for a newborn was unexpected. Everything about him and about being a mom surprised me. A lot still does.

Within the first few months and then years while stationed in Germany, me, Eric, and our Danny boy lived in a restored, centuries old barn.

By this time, Danny was already a little athlete, running, climbing, gliding on his toddler scooter, mastering every juggle gym in the surrounding area, and swimming with no fear. In fact, he was a bit of an escape artist.

Never seriously hurt, he also never destroyed anything. He just hated restraints and was confident in his skills. He must have thought our German Shephard and Husky felt the same, because he unlocked dog crates and back doors more than once to let them loose. 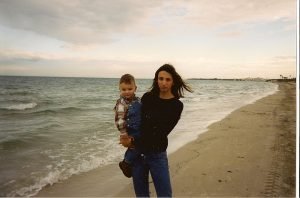 But when he started locking me out of the house. I realized; he was playing naughty tricks. The books I read never discussed this type of behavior. However, even as a first-time, young parent, I began to understand the importance of incorporating discipline into my mom toolbox. 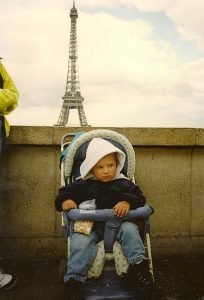 Not much for talking, Danny preferred quiet play and would spend hours lining up his matchbox cars when indoors. He hated our European adventures and despised shopping of any sort.

But regardless of where we were at, Danny listened intently to the nursery songs I’d sing and would sit quietly on my lap for hours while I read anything to him or myself.

I’d share whatever I was eating too. Eight teeth by eight months, he’d munch on veggie sticks, tuna, pickles, and peanut butter or cheese on crackers while watching his favorite videos, like Wallace and Gromit and The Land Before Time.

The experts authoring those parenting books, which had started to collect dust next to my newly purchased books, The Healing Power of Foods, and the Army Wife’s Handbook, would be horrified I remember thinking.

When Gaynor came to visit us that first winter in Bavaria. She told me about a garden and craft club she and her four sisters created and how they’d chosen individual flowers for each other that symbolized their personalities. They hand made many beautiful items, including totes with each of their respective flowers. And for fun, they wanted to do the same for their grandchildren.

“What flower should Danny be?” she asked.

“Dan-delion,” I piped without hesitation.

“Yes.” Gaynor immediately agreed, intuitively understanding the symbolism because she knew from experience the dandelion’s strengths and benefits. 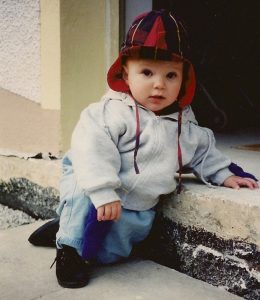 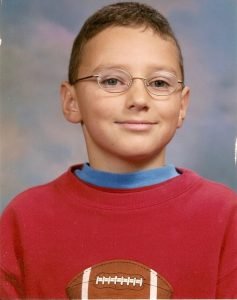 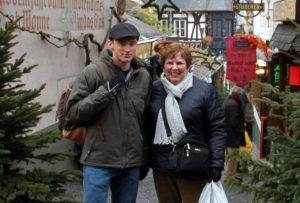 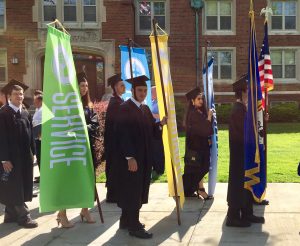 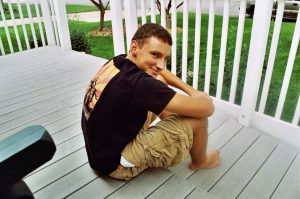