Born during a “wolf winter” 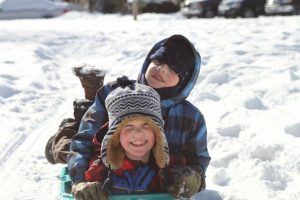 For winter lovers, snow symbolizes a season of rebirth, not just death.

The middle of winter is the coldest and darkest time of year in the Northern Hemisphere. Yet, for those tuned into nature, the hibernal period is just part of the cycle of life, a moment of slowing down, and even of transformation.

Sure, snow makes travel more difficult, closing schools and business, and forcing people to take a break from the hustle and bustle. But it is during these times of forced closures of the outside world, internal reflection can better occur.

Snow is gentle and quiet as it falls. Even in a blizzard, it’s the wind that creates the most havoc.

The accumulation of soft crystals makes the world to stop, think, and rest. 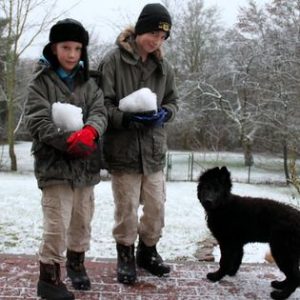 Each snowflake has a unique shape and size, amassing with its fellow crystals to the point in which even the strongest and toughest living creature must slow down and recalibrate.

The power of tiny individual pieces of frozen water adding up to cause dramatic impacts, is also akin to what humans can accomplish, one small step at a time.

Snow is cold, falling at the darkest time of year, but also protecting the animals that hibernate.

Trees and other forms of life are not truly dead. Below the frozen surfaces, there is life.

Take a maple tree for example. When the late winter sun increases temps above freezing, sap flows easily, making the taping and collecting of the sweet liquid possible. Even when temps stay below 32 degrees, the sap is still not frozen in time.

Sap protects the tree, acting as an antifreeze. Scientists don’t understand the process, but one theory is that as the temperature becomes frigid, sap is sucked up from the tree’s roots, allowing it to recharge. 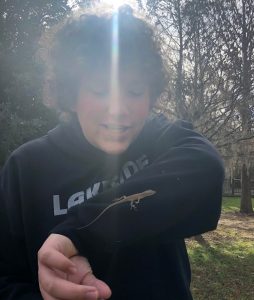 Below the bark, there are also insects hibernating in tiny eggs, larvae, and pupae. Though the ants, spiders, moths, and other creatures await to break from their cubbies, they are alive.

Snow is a reminder that despite the bitter, long nights, the promise of rebirth remains.

In Norse mythology, there are names for harsh winters, such as fimbulvinter, or vargavinter, meaning wolf winter.

It was during one of these wolf winters in Northern Virginia that my youngest baby boy was born.

In retrospect, based on the pending blizzard on his birth date and his striking Nordic looks—tall, stocky, long blond curls and laughing eyes, Eric and I might have named him Sven or Lars, but instead we chose Joseph Michael.

But—we didn’t know even if our third baby would be a boy or girl, let alone have a name picked out. His birth was not routine either. At 8 pounds, he was also in a Frank breach position. Due to military hospitals at the time not allowing ultrasounds for “normal pregnancies,” my young doctor did not detect this complication.

It was not until Eric took me to the hospital after my water broke that the nurses checking my condition, immediately noticed my unborn child’s precarious position.

“It’s a boy,” she said, her pleasant voice steady.

Two teams of nurses and doctors took care of me and my baby, swaddling him quickly and lifting him to my cheek so I could kiss him. 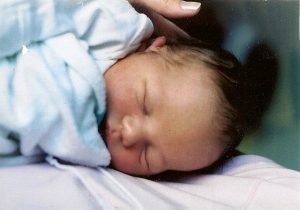 A brief time later, Eric stood at my side, supporting our handsome baby in my arms. We looked at each other and said at the same time, “He’s a Joey.”

Thick dark blue and gray clouds hung low in the sky when I left the hospital. Forecasters predicted an unusual winter storm, and the hospital staff didn’t want us stranded there. At first, knowing I had two other little boys, they wanted to keep me longer, but I told them my mother and big sis were waiting to help and they let us leave as the first fat flakes began to fall.

Dozens of roses filled the home when I arrived. Eric bought flowers in celebration of the birth, Valentine’s Day, as well as my sister’s birthday.

With my mom allergic to the roses, all the bright blooms made it into my bedroom. Their sweet scent swirling with the earthy aroma of homemade ox tail soup and wafting to the tallest rafters of the room.

Propped by down pillows, I sipped the savory broth, nursing Joey, and watching the blizzard outside the window.

His newly born head and features were smooth and round due to the circumstances of his birth. And as I nursed him, he made eager grunting noises as if he had starving the last 40 weeks.

I stroked his plump cheeks and smoothed his dark curls, hearing my mom chuckling from the guest bedroom.

“You’ve got a wolf pup there, Elizabeth,” she piped. 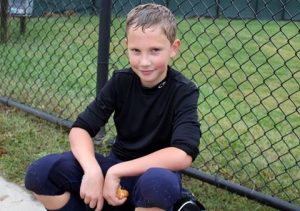 A “wolf pup,” born in a wolf winter –a reminder that snow symbolizes peace, purity, divinity, cleanliness, rebirth, and patient advancement towards goals and dreams.

It was times like this as an Army spouse, I looked to the simple signs in nature for these promises. The reason being, it was right after 9/11 and the world felt like it was on fire. I knew Eric would deploy soon, his training and work lasting hours and days at a time.

We had also moved three times within three years with three boys and a husky.

But my resolve and goal remained: to give my kids the most normal childhood I could, filled with a sense of freedom through books and outdoor play, music, and love.

Less than two months after he was born, this was the pledge I renewed once more as I sat on my couch watching the explosions rocking Baghdad on the screen in front of me as I nursed Joey. 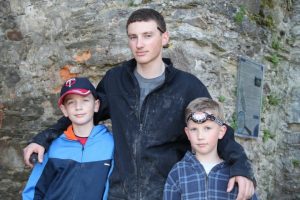 Joey with older brothers, Sam and Danny, exploring a castle in Germany

Born in a wolf winter, our Joey fit right into our family of boys, filled with adventures.

Free-spirited, intuitive, and loyal. From the start, Joey knew how to enjoy what mattered most—friendships, a good book, an exciting video game, and homemade macaroni and cheese… and donning the least amount of clothes whenever possible, whether running through sprinklers in the backyard or making his way across an icy cold university campus. 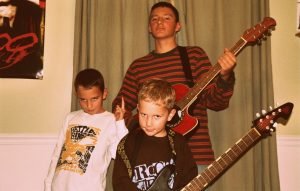 Joey with his brothers, Sam and Danny. Their band: The Barbarians.

Any gift given is the best present, and even the monotonous days are an opportunity for fun… like the deserted farmhouse down the dirt lane in Rhode Island turning into a ghost hunt on a warm fall day with a friend, and the creeks and ravines in Northern Virginia and castle tunnels and apple orchards in Germany turning into excursions with his brothers.

And though weekly emails and calls from exasperated teachers and principals lasted through high school, my frustrations were fleeting as I focused on the other stories from teachers, like him being the only friend to the kids who had no other. 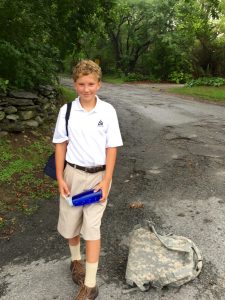 Joey, waiting for the bus on his first day of school in RI.

I now smile thinking how it was a miracle he made through school and will forever picture the curly blond head carrying a baby bunny in his towel after rescuing it from drowning, just standing at the door dripping wet, asking to keep him as he comforted the shaking creature.

After 9 moves in his 18 years, he never held grudge, also giving plenty of chances to those who might not deserve it. Yet, he still had meaningful boundaries and will enforce them—just ask a few of those class bullies he put in place while protecting vulnerable classmates.

My snow baby, born an Army brat during a vargavinter 19 years ago today, spent his childhood with a nation at war.

Now, as I reminisce during my solo winter hikes, I appreciate more than ever how snow can be a powerful omen. 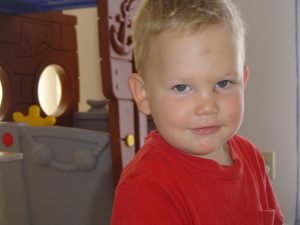 The delicate crystals from heaven blanket everything they touch in smooth, cool hues of whites and blues. Each individual snowflake is beautiful, and zillions of them combined, make every landscape and cityscape, pure and perfect, regardless of imperfections.

I understand how some even believe snow represents angels sending us a message of serenity—despite its manifestation obscure to others.

Or perhaps snow is just a gentle reminder that it is ordinary personal action in day-to-day life that creates peace. 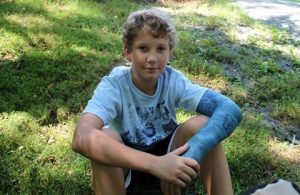 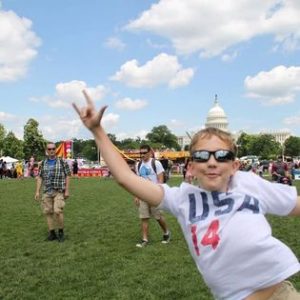 Joey with his family in DC 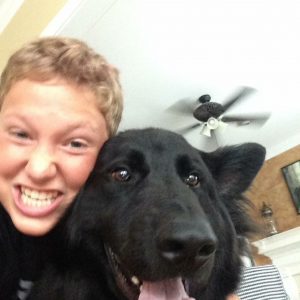 Joey with Bear at home in in GA 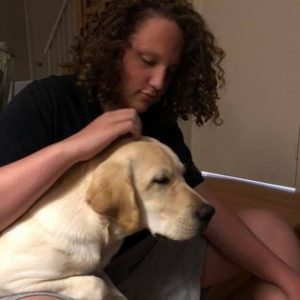 Joey with Beckham at home in DC 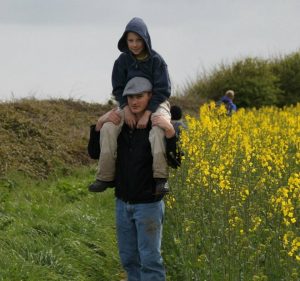 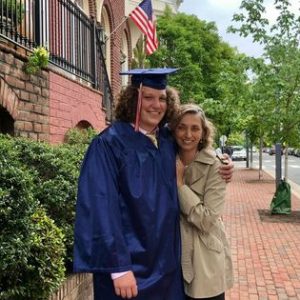 Liz her her baby, Joey 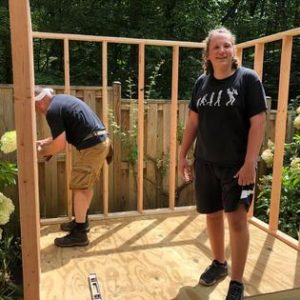 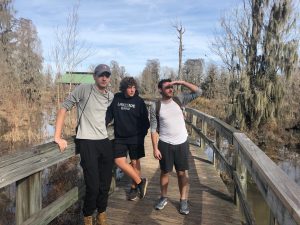 Joey with his brothers on a winter hike, exploring a GA swamp 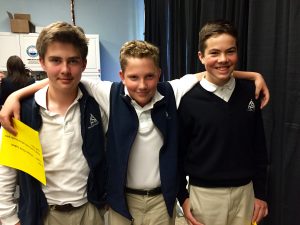 Joey with friends at All Saints Academy, RI 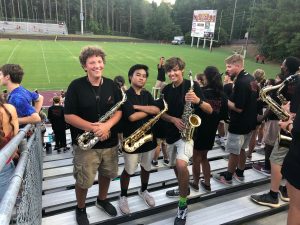 Joey with his band mates at a Lakeside HS football game, Evans, GA 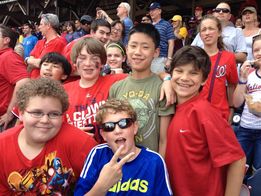 Joey with his classmates from Nativiity at a Nats game in DC.