Survivor of slavery, war, and disease, Harry Washington spent his life fighting for the same rights his former owner, George Washington, did in the American Revolution.

Born in West Africa and brought to America about 1760, Harry escaped captivity twice, fighting for independence first as a Loyalist and then as a British colonist. 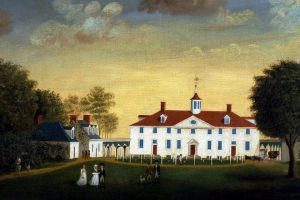 Purchased in 1763 as part of a workforce to drain the Great Dismal Swamp in Virginia by then Colonel George Washington, Harry also worked as a stable hand and house servant according to Mount Vernon’s associate curator, Jessie MacLeod.

Then, when deployed to build a mill on a distant Mount Vernon farm in July 1771, Harry escaped. His freedom was brief though with Washington paying a high price for his capture.

Forced back into his previous roles, Harry would have been privy to communications involving the upcoming Revolution. For example, found in the National Archives, Washington wrote to his friend, Bryan Fairfax on August 24, 1774:

“The Crisis is arrivd when we must assert our Rights, or Submit to every Imposition that can be heap’d upon us; till custom and use, will make us as tame, & abject Slaves, as the Blacks we Rule over with such arbitrary Sway.”

Harry recognized the founding father’s contradictory stance. So, in November 1775 when Loyalist governor of Virginia, Lord Dunmore, granted freedom to “all indentured servants, Negroes, or others … that are able to bear arms,” he escaped again, becoming one of 100’s of “Black Loyalists” enlisting in Dunmore’s fleet on the Virginia waterways.

However, instead of the anticipated weapons training and uniforms with the motto, “Liberty to Slaves,” those joining Dunmore’s “Ethiopian Regiment” met overcrowded conditions, few supplies, and disease. Almost immediately, 70% succumbed to smallpox and typhoid.

Subsequently, Dunmore moved his troops from the infectious Gwynn Island in Virginia to New York with Harry accompanying them. Assigned to the Army Corps of “Black Pioneers,” Harry then travelled back south as part of General Clinton’s force of 7,000 invading South Carolina in spring 1780. There he built defensive earthworks and made grapeshot.

Three months under siege, the Continental Army suffered their biggest loss and a victorious Clinton moved back to New York. But Harry remained, a corporal in charge of a Black Pioneer Company of 60 attached to the Royal Artillery Department.

British success was short-lived though with their defeat in Yorktown in early 1782. And ironically, the Patriot’s win was due in large part to the help of another enslaved man, James Lafayette. Unlike Harry, James chose to fight for the Patriots. He spied for Marquis de Lafayette, then commander of the Continental Army of Virginia, who helped James gain freedom and a soldier’s pension.

Yet for Black Loyalists, only British victory guaranteed liberty. And with no contingency plan, British commanders scrambled to evacuate. Chaos ensued.

Slave owners entered British camps trying to convince former enslaved families to return. In addition, there were reports of British soldiers cutting fingers off Black Loyalists clinging to boats who didn’t meet the criteria for passage. 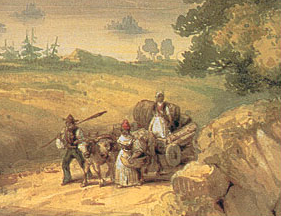 Though Harry secured travel to Canada, Nova Scotia proved no better. Black Loyalists faced further exploitation and violence, so they petitioned the British government who paid their passage to West Africa. A leader in his community, Harry was one of 1,200 black settlers deciding to colonize Sierra Leone in November 1791. 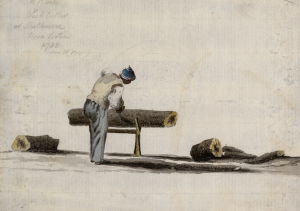 British records described Harry as a 50-year-old farmer, born in Africa, and traveling with his wife, Jenny. But on the continent of his birth, he faced greater obstacles. Though considering themselves free British subjects, black settlers experienced more repression, resulting in their push for representation in the local government. However, the response was like what happened to the American colonists. 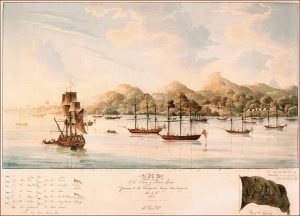 Found in the British Library’s Endangered Archives Programme the Sierra Leone Company who ran the colony wrote the former enslaved men made “the worst possible subjects,” because of “the crude notions they had formed of their own rights.”

Authorities sent troops to quell the “treasonous uprising” and the settlers surrendered in October 1800, followed by a military tribunal exiling them. In yet another twist of irony a few years later, the enslaved people at Mount Vernon gained their freedom, including William Lee who served alongside General Washington.

Ultimately, regardless of enslaved people’s position during the Revolution, they all experienced continued oppression. But they also shared a resilient spirit and individuals like Harry leave a legacy of courage and leadership in a lifelong pursuit of liberty.