A note with the 20th anniversary of 9/11 approaching and current events.

As a long time Army wife, I’m not really surprised at the current chaos in the Middle East, and doubt most of those who served there or who’ve intimately supported the troops, is shocked either.

Questions about initially entering the conflicts in the region merit debate. Leaders who have overseen the years of fighting, deserve intense critique, as does their vision. The current “exit strategy,” as the world witnesses the U.S. leaving the region, embarrassingly abandoning friends, allies, vulnerable people, and even our own citizens, requires just as much intense scrutiny.

With this analysis, every president, political, military, and civilian leader who has influenced events, or were chosen to take charge and figure out the complicated mess at that moment in time, bears responsibility of what happened and what is happening.

I know I’m not the only one sick of politicians’ finger pointing and whataboutisms. I want honest analysis and explanations, apologies when appropriate, and not blame and excuses.

Years ago, when I had to try to explain to my three little boys where their daddy was and what he was doing, I told them that he was a smart, brave soldier that had to fight to protect Americans against bad guys and help his soldier friends.

I had my doubts but convinced myself we were trying to make life better for the poor innocent people in the Middle East, especially the women, children, and other vulnerable populations.

And like so many troops and military families, I still think back to the most emotional or traumatic events of our time in service or in support of the missions. Those in combat witnessed the worse, and then there is the collateral damage, like the innocent children and the impact of the war on them… overseas and here at home.

I will forever picture my little Sammy lying in bed, trying to fall asleep at night, telling me next time daddy is home, he will hold his hand tighter so that he won’t be able to leave next time.

I am sorry…is all I can say to my kids.

As a parent, I take responsibility for the pain you felt. You had no choice in any of it and it was not your fault. 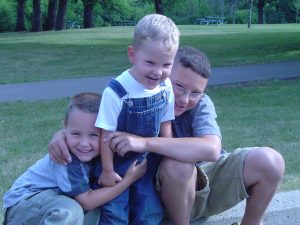 But I am proud of all three of you for being brave and managing the difficulties with as much gumption as you could muster. Without fully understanding what was going on, you trusted your parents and continued to do what you needed to– going to school with enthusiasm, playing well, and just being a good friends, brothers, and sons.

I was immensely proud of you, and so was your dad. We still are.

Similarly, both Eric and I are proud of our fellow military families. You served and continue to serve with dignity and respect, doing what you thought was best in protecting Americans and fellow military brothers and sisters.

We have lived it and understand. So, if anyone is struggling dealing with what is going on right now, reach out to those around you, a trusted loved one, a battle buddy, a minister, or a professional. 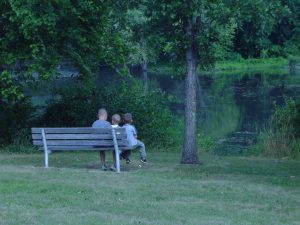 And if you think anyone might need a battle buddy right now, don’t wait for them to call. Reach out and check to see how they are doing.