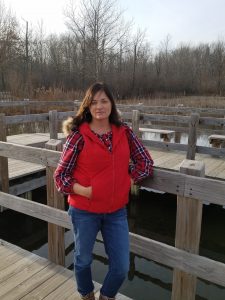 Margaret Myers is an artist, high school art teacher, wife, and mother of three, who lives and works in East Liverpool Ohio.

She grew up in Cleveland and first moved to East Liverpool in 1995 to take a position as an art teacher at two elementary schools. After four years, she left to pursue other career options but came back to the East Liverpool City Schools in 2010 to teach art at the high school level.

Between teaching jobs Margaret married a union electrician from Steubenville’s local and was a stay-at-home mom for 10 years while their children were young. She is very involved in her school and community, coaching sports, volunteering, and actively supporting her own children’s activities.

In her free time, she loves spending time outdoors, as well as painting and taking photos of the East Liverpool area, a small city on the Ohio River which also borders Pennsylvania and West Virginia.

Margaret concentrates on nature, using mood and color to capture the region’s Appalachian beauty in her impressionistic work. She holds a BA in Art from Siena Heights University and a MA in Art Education from Case Western Reserve University.

Throughout my 20 years living in East Liverpool I have taken many photos of the surrounding area. My focus has been at Thompson Park and Beaver Creek. However, recently, I am focusing on the downtown area; the old buildings, old houses.  In the past, I scoffed at the idea of taking photos of a rundown city. However, now I realize East Liverpool is like many old industry cities and towns throughout the country.  I am turning my lens towards the good aspects of what East Liverpool gives us rather than the negative, hoping to better our lives and our community. 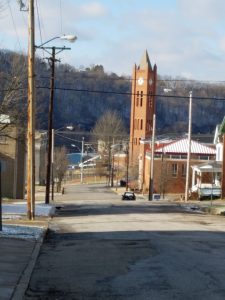 East Liverpool Ohio is an old pottery and steel mill town situated on the Ohio River, bordering Pennsylvania and West Virginia. The clock tower stands where the old Central high school once stood. Located on 4th street, it is now a museum. 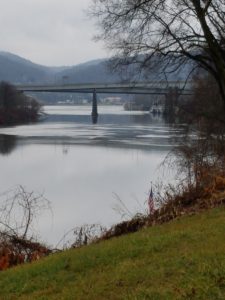 East end of the Ohio River

I appreciate art for what it is, rather than how I wish it to be. For example, an old building is so much more than an old building; it speaks of history, our history. 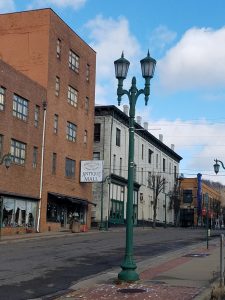