Talk to a Boomer 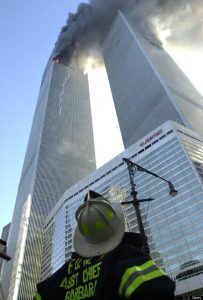 Memories of that morning 19 years ago are vivid. Most Americans remember that day similar to what their grandparents and great-grandparents remember of December 7, 1941, the bombing of Pearl Harbor.

Entire military careers, and the lives of families and friends supporting those individuals, revolved around high optempo training and deployments to Iraq, Afghanistan, and other support missions in the Middle East.

As an Army wife, I have a unique perspective, as I have straddled the world of combat boots and maroon berets, canvas and Velcro, Greens and Humvees, with that of civilian life—lattes and SUV’s, flipflops and reality shows, social media and mocking memes, as well as plenty of tiger moms.

I could sit here all day, writing pages of the challenges service members and their spouses have gone through because of that tragic day and the politicians’ responses to the attack. But I won’t. 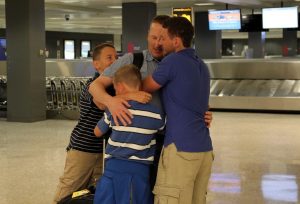 The Aslakson boys and their dad- redeployment reunion 2013

Instead, I am thinking about the children who have grown up with the knowledge that America is not immune to terrorist attacks, especially military kids. Cause the impact is personal- their whole childhood spent with a parent always training for war and who could deploy any time.

As adults, though we may struggle with understanding the why of it all, we can process the complexities much better. Educated, we also have experience dealing with other stressors, have years of perspective, and just have fully developed brains. We also made the choice to join the military community.

Though I have often wondered if the years of conflict in the Middle East have been worth it, I think more about the impact this lifestyle has had on children whose psyches are still developing.

Over the past two decades, my husband and I overcame the tough, long days and weeks, lonely months, as well as the heartbreak with the loss of loved ones. We worked together, and our partnership grew… What about kids though?

How did the impact of that day shape their entire childhood? Sure, all of us have faced difficulties, made sacrifices, and dealt with change and disappointments, including civilians.

However, the perspective of a military child is especially unique. They do not know what it is like in the civilian world. In some ways, yes, they have a taste, but not really. I would imagine kids who have parents as first responders, doctors, or ministers, feel the same.

They never know when their mom or dad will be home or worry, they may never come home.

They grow up in a household with higher expectations and demands. They must help the parent at home and be the “man or the house” or mom or dad’s “right hand man or girl.”

They must overcome obstacles, go to new open houses, learn to fit in, fight bullies, go on first dates, tackle a major project, play ball, or take on a new job without having that one parent there.

Then, they see the other parent or caretaker picking up the slack, so they dare not complain or ask any more. They do understand that both parents love them and are doing it all for the greater good… and so that is a void they learn to deal with.

And then eventually they grow up. Like my kids, who are now young adults.

They are venturing off to college, or are soon to be, and trying to make a life of their own. No matter where they settle, what career they choose, or who they date…do they really fit in?

Just listening to my kids now—the passing remark, what they don’t say, and how they carry themselves, I know 9/11 have shaped the men they are becoming.

I am proud of them, and I know their dad is too. But I still worry. I hope that after growing up in an atmosphere of constant “prep for war,” that they know a sense of peace and are also proud of their own service—the sacrifices they made without having a choice.

And as they continue on their journey, forging their own way, I’d like to give a little tidbit from what I learned along the way as a very young wife… just in case they need advice, or stumble along the way. My suggestion is to find some answers or solace in history. And I don’t mean reading a history book, which is great. But, instead, talk to older people. 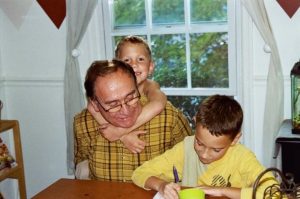 The Aslakson boys with Grandpa Russ

Have a conversation with a grandparent or older adult because they have also experienced major traumatic events and have a wealth of information and knowledge. 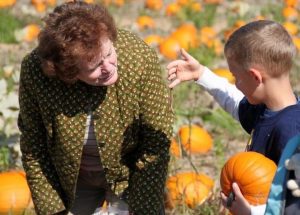 Joey with his teacher in Wiesbaden Germany

Just the other day, talking to my husband’s Aunt Judy, she reminded of the importance of learning from older generations.

Not only do they have wisdom, they also have empathy, and we have so much to learn from them. My own military spouse mentors were imperative to me navigating the details, major drama, as well as just mitigated stress. Frankly, at times, they kept me sane.

So, as a long time Army wife, whose lived through the longest U.S. conflict, my advice to my own children and all military brats, as well as young service members and their spouses, or anyone reading this… is to talk to the old people. 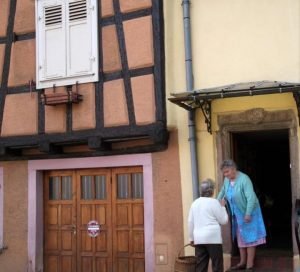 It doesn’t even have to be a formal thing or long-term relationship… just strike up a conversation with an elderly woman at the grocery store, or an older man on the bus like Aunt Judy suggests. I have done the same and it is amazing what can come of a conversation.

For example, it was inspiring to talk to the elderly Italian gentlemen I met in the commissary checkout line who escaped Mussolini’s fascist reign.

And I became friends with and elderly woman from North Korea who was a student in one of my classes. She overcame the hardships of war, death of her family, and famine caused by the dictatorial communist regime. Despite the horrors she lived through, she was one of the most giving people I have met. 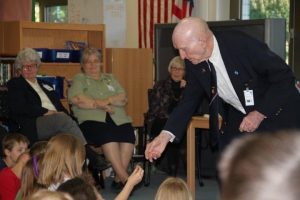 Gail Halvorsen, the “Berlin Candy Bomber,” talking to school kids about his mission during the Berlin Airlift of dropping chocolate to the starving children during the Cold War.

I’ve also talked for hours with older adults walking my dog early in the morning. I learned more about gratitude hearing how they grew up during the great depression or lived through the rebuilding of Europe after WWII.

I’ve become friends with neighbors who immigrated from former Eastern Bloc countries, or recently escaped the poverty of socialist dictatorships in South America, and as a result, have come to understand how lucky we are to have the freedoms, conveniences, and opportunities that only America has.

I have befriended widowers and widows, and gained insight on how they have learned to live with grief—and it is by doing exactly this… getting out of the house and making connections with older people who have experienced life.

And so my advice to my own children, who bravely navigated a military childhood revolving around the aftermath of 9/11, as well as those struggling with the craziness of our world—the pandemic, job loss, isolation at home, anxiety, depression, PTSD, the wear and tear of our nation being at war for so long, not to mention the riots and political strife—get out of the house, go for a walk, and strike up a conversation with an older person who has lived life.

Engage with someone who looks like they hang out at the local American Legion or VFW or are circling the grocery store with just a couple items in their cart. Get to know the retired schoolteacher who taught in the inner city for decades or the union worker who now spends a few hours a week making some extra cash working at the liquor store or bagging groceries. 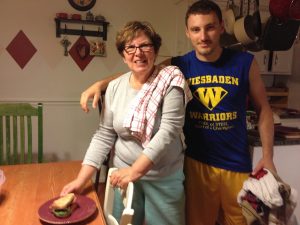 Danny with his Grandma Gaynor

Again, just like Aunt Judy, a long-time stay-at-home mom and homemaker from small town Minnesota, encourages me and younger generations to do…Talk to a “Boomer.”